The Delaware Bay remains empty. The State of New Jersey is hard hit by the coronavirus with the second highest number of cases of all states in the nation. Here in South Jersey, the rate of spread, measured in the number of infections and deaths, has not yet peaked. Our fishing and related industries are especially hard hit. With restaurants closed, the commercial markets for fish are closed. Marinas lost most of their 2020 rentals. Recreational fishing and party boats have been shut down. Here at Money Island, the effect is amplified. Money Island is the state’s second most productive seafood landing port and the bay’s primary oyster landing port. Yet in 2020, landings are minuscule compared to other years. Most of our commercial boats are not operating. The crab shedding operation is closed. Some local businesses have already announced publicly that they are unable to reopen this season. Others are suffering silently.

The CARES Act allocated $300 million for the commercial fisheries industry. Some of my clients hope to recoup partial losses from this money. Yet more than a month after the law was passed

, no funds have been distributed. The proposal that NOAA offered is unfair to New Jersey in that it is based solely on dollar value of the fishing industry last year and does not consider the impact of the virus had on the industry’s losses. Losses are clearly worse in New Jersey than in other seaboard states.

A number of industry groups and all New Jersey’s federal legislators are lobbying for us. A representative from Jeff Van Drew’s office called me Sunday. Yet I fell like I’ve been down this path before: seven years ago after super storm Sandy. After many months and years of intense work

, no financial assistance was provided for recovery. Again this year, just like in the past, it is not the natural event but government’s reaction that is causing the financial pain.

The Money Island Marina is still in significant debt from Sandy losses. We missed a final scheduled tax debt repayment on April 1 because of the industry shut down. The prospects of reopening and sustaining any of the businesses here seems remote at this point.

We must keep trying, but there are no solutions on the immediate horizon.

The government consultant for the Money Island Marina community met with officials at NJDEP in May 2019. They report that an agreement in principal has been reached to allow proposed restorative aquaculture and sustainable redevelopment. Meanwhile

, however, permit approvals to make the necessary improvements to current infrastructure are currently stalled by state government actions.

The mayor of Downe Township government reports publicly that 30 million of dollars of private and public funding required for permitting and rebuilding of Money Island has already been identified but that these proposed sources are contingent on state government action of releasing property liens. The township passed an ordinance authorizing the purchase of properties at Money Island though eminent domain. While that action and timeline is outside of our local control

, most doubt that government will be able to raise the money required for this redevelopment. We believe that a public/private partnership will likely be required. Money Island is now in a ‘waiting pattern’ for the state government action to complete past purchase contracts and halt current litigation over the remaining properties. That will trigger the availability of new funding to address these other issues and launch a new era of environmentally sustainable redevelopment. 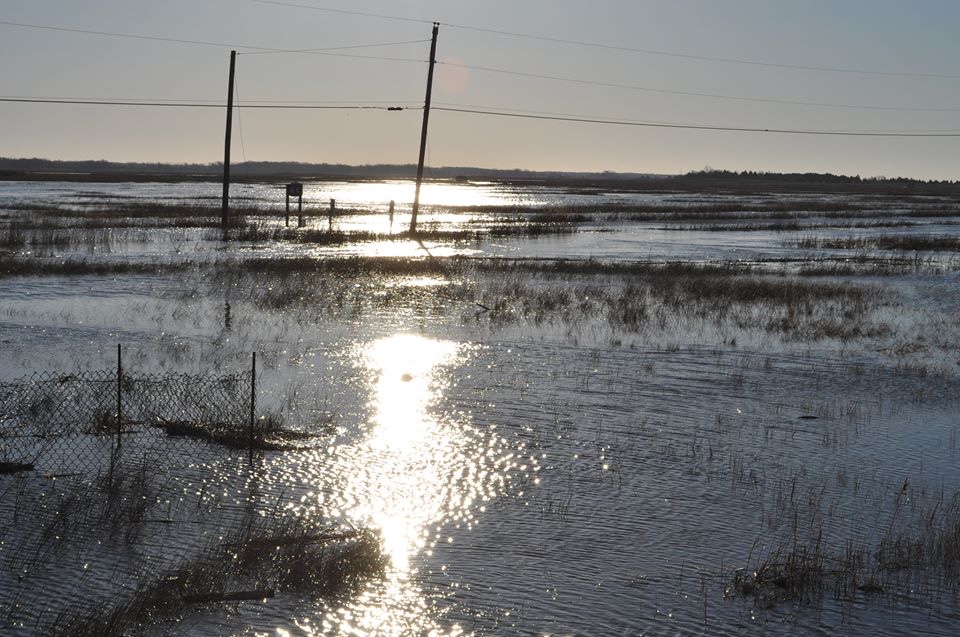 Looking ahead at the planned redevelopment of Money Island, we know that there will be many changes with an uncertain time frame. About half of the homes are recently removed and more will be removed in the future.

Some of the immediate changes on our campus focus on increased physical and operational security. Anyone associated with the marina in a position of handling transactions or equipment will be required to provide a background investigation report. Information will be provided on a case by case basis. Members will be provided with a bright ID tag.

The marina is currently closed for winter during this permitting phase. We do not have a reopening date

, but a plan is in place to reopen Husted’s Landing Marina first, then Money Island later. Things will definitely be different here in the future and we don’t know those details yet. This list of changes will change as we get feedback from the state, developers, local government and others. But this is what we see so far for 2019:

Facilities expected to be open to members:

recreational and commercial docks on sites not designated by the state

Docks on sites not closed by the state

Facilities expected to be closed to all:

ramps on sites designated by the state

docks on sites designated by the state

walkways on sites designated by the state

Two weeks ago Tony met with the director of the NJ Small Business Development Center at Stockton University to discuss Money Island’s strategic planning for our various businesses. Tangible results are beginning to show.

, our business plan went through a major update and is available in draft format for public comment. (If you want to see a draft copy

Second, since it is clear that our future depends on success in obtaining government and private sector grants, the SBDC is trying to help us with the grant proposal writing and management process. This is almost a full time job and Tony is already overwhelmed with the first five grant programs wehere we are currently being considered.