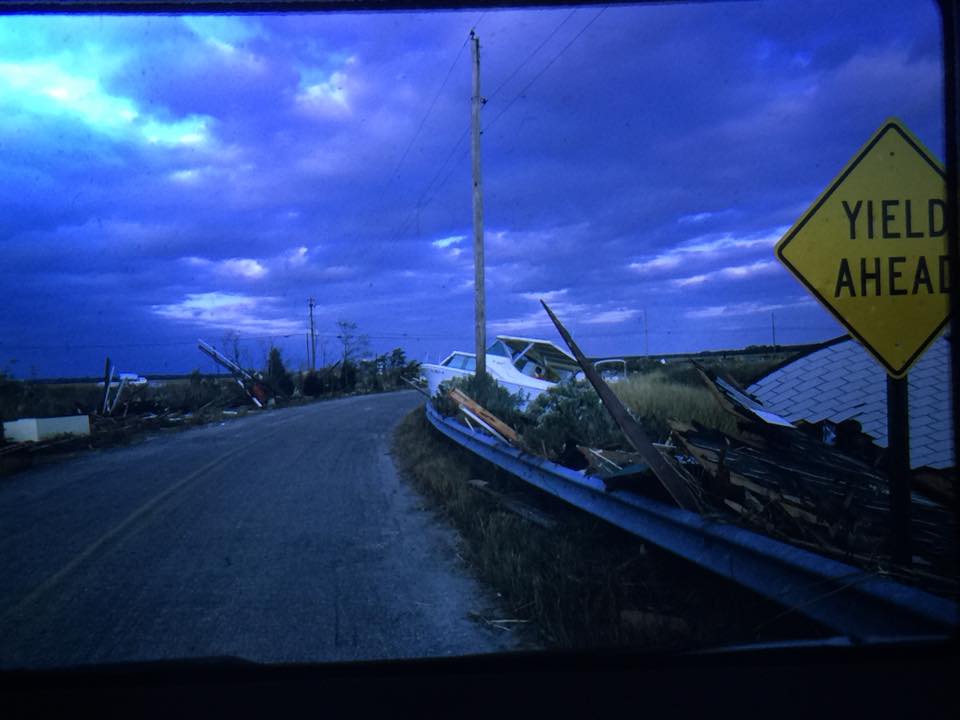 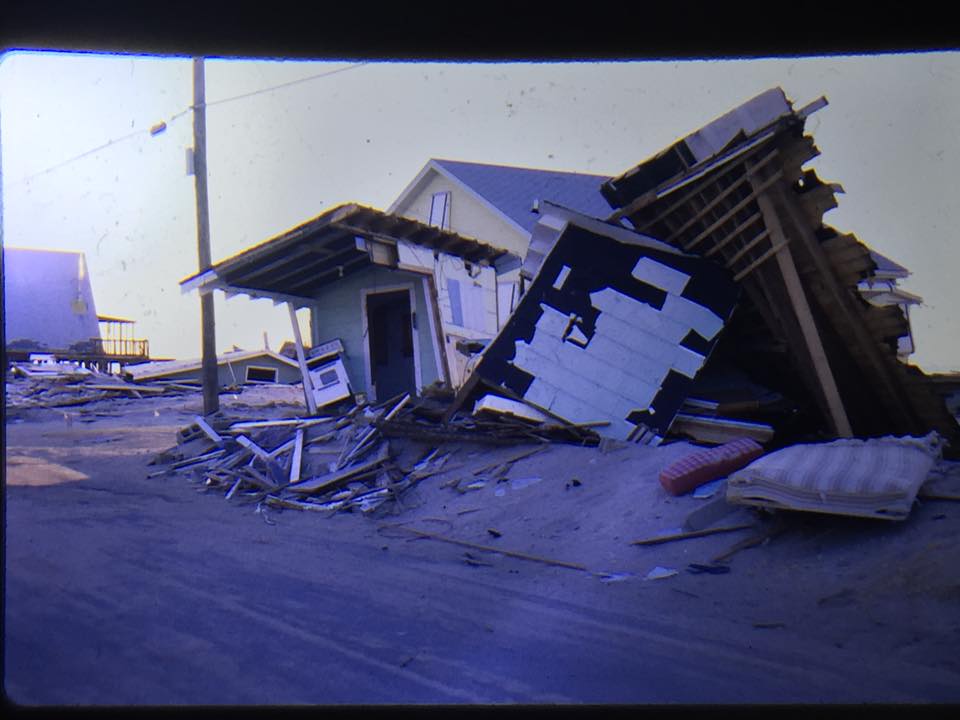 Visitors to Money Island this spring may notice some debris in the meadow on both sides of the road coming into the neighborhood. This accumulated after January’s storm with extraordinarily high levels of floodwater. The wreckage comes from Gandy’s Beach that has historically always been hit harder than Money Island because of its unprotected location. These photos are from a much earlier storm that shows debris from Gandy’s Beach piled up alongside the roadway on Money Island Road at the bend about 3/4 mile from the marina. The houses that were destroyed in earlier storms were replaced with modern structures but the new buildings are now feeling the effects of the most recent storms. The 2016 damage is mild by comparison despite local sea level rise of about 10 inches since then. The land visible in the background of this photo is now below mean high tide level so that sets the stage for greater damage in the future for structures that were not engineered to survive these severe conditions. With proper engineering

,  however, building can survive whatever nature has in store for us in years to come.